Readaloud to Help Make the Quarantine Go By A Bit Faster

The Society of Children's Book Writers and Illustrators suggested that we members do readings of our works online during this difficult quarentine.

I'll start doing live readings on Facebook, when I figure out how! 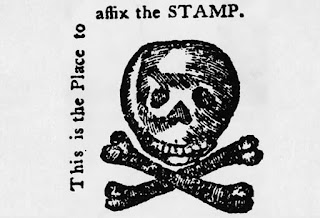 Here's a bit more from my manuscript (maybe I'll publish it someday) called The American Revolutions, By a Partial,
Prejudiced, and Ignorant Historian:

The colonial assemblies also lost no time in reflecting the angry reaction of the American people to the Stamp Act. By the end of May, the Virginia House of Burgesses (inflamed by speeches by Patrick Henry, who carefully waited to take the floor until most of the more conservative assemblymen had gone home) passed a series of “Resolves” stating their objections to the Act, even though some members thought this came very close to treason. Other assemblies soon followed suit, including Massachusetts, which took the further step of calling for an intercolonial meeting to denounce the infamous act - the Stamp Act Congress. (Congress means a “coming together”.)

It was not only the newspaper publishers and the legislators who acted upon their dislike of the Stamp Act, however. Mobs of ordinary people vented their anger upon the physical embodiment of the law - the men unfortunate enough to have accepted appointments as royal stamp agents. Instead of gaining a welcome British payment for selling stamps, many a collector had the unnerving experience of seeing a rough doll labeled with his own name being hanged and set afire. Worse yet, the real bodies of some agents were stripped naked, covered with boiling tar, rolled in feathers, and ridden on a rail. This bizarre torture was no laughing matter and before long, virtually all the stamp agents resigned their posts.

In October of 1765, the Stamp Act Congress called for by Massachusetts convened in New York. It was the first meeting with representatives from most of the colonies. They drew up a petition to the King and Parliament stating that the Stamp Act violated their rights as Englishmen because it constituted taxation without representation, and urged its repeal. Their resentment at being treated like this was echoed in The Boston Evening Post:

We have an old Mother that peevish is grown,
She snubs us like Children that scarce walk alone;
She forgets we're grown up and have Sense of our own.

But it took more than a lack of stamp sellers and a petition or even a poem to defeat the Stamp Act - it took a widespread boycott (although that's not what it was called at the time). Beginning with New York and soon spreading to other cities, people started signing agreements that no British products would be bought until the Stamp Act was revoked. The non-importation agreements did the trick. Soon British merchants were complaining loudly to their government about their lost American profits. This British protest provided George III a way to give in without losing face . In March of 1766 the Stamp Act was repealed.

The colonists were ecstatic at this apparent victory. The boycott was swiftly ended; toasts were drunk to the King, and city windows were “illuminated” by lit candles as a mark of celebration. Few of the rejoicing colonists noticed there was a worm in the apple. Along with the repeal of the hated Stamp Act, the British government slipped in a “Declaratory Act”. It was straightforward enough: the Act simply declared that Parliament had authority over the colonies in all cases and could impose revenue taxes any time it wanted to. It wasn't long before that's exactly what Parliament did.
Posted by Dorothea Jensen at 3/18/2020 11:11:00 AM No comments: 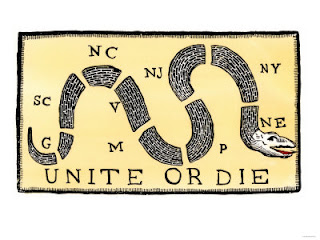 March 18, 1766 was the day that the British Parliament repealed the very unappealing Stamp Act. (Here's a History.com article about it.)

I thought this might be a good place to post what I wrote about this many years ago in a mansucript I called The American Revolutions, By a Partial, Prejudiced, and Ignorant Historian:


When it became apparent that the Sugar Act (the last bright idea that failed) was going to reap more resentment than revenue from the colonies, George III brought in a replacement for [Prime Minister] Grenville: the Marquis of Rockingham. This new minister looked at the upheaval caused by taxing imports into the colonies, and decided that there was a better way. The idea Rockingham came up with was based on a very simple idea - a stamp on paper goods. (This was embossed on the paper concerned by means of a metal stamping device, rather like a notary stamp.)

The Prime Minister, with the help of the King’s majority, ushered a new law through Parliament called the Stamp Act which required all colonial legal documents (such as wills, wedding licenses, indentures and contracts) and all commercial papers (such as almanacs, newspapers, and pamphlets), and even playing cards to be stamped in order to be legal.

Rockingham’s requirement really rocked the boat. For the first time, the daily life of nearly every colonist was to be directly affected by an Act of Parliament. Every time anybody wanted to get married or sell a cow or lease a cottage - that person was supposed to track down the stamp agent and buy a stamp to show he had paid to make the transaction legal. Thus, it was not only the prospective cost of the stamps which irritated people, but, in modern terms, the fact that they would make many everyday activities a hassle and continually remind the colonists that they were contributing to British coffers. Unfortunately for Rockingham’s plan, some of the people most affected were those who published newspapers and pamphlets, who would have had to buy a stamp for every copy of their publications before they could be sold. These people, however, were in an excellent position to let everybody know what they thought of the Stamp Act. In print, they took careful aim at the Stamp Act and the political issues it represented.