Attacking Vikings in Illinois (Part I) 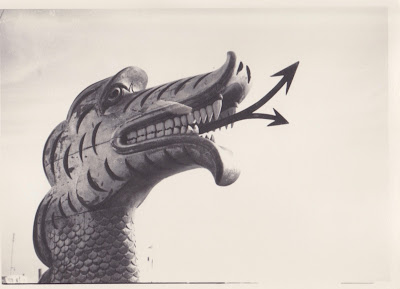 I’m taking a little break from writing about writing fiction or poetry, in order to talk about something that actually happened fifty years ago.

First I have to give you some background on my family. My dad was a family doctor in a small Illinois town. Our house was on the Illinois River, and my dad, an avid sailor, had a gaff-rigged 37 foot ketch. Dad had bought it from one of his patients, who had built it.  This sailboat was called the Shiloh because it had been “a hell of a battle to build.”

The Illinois River was not an ideal place to sail such a vessel, and we got stuck in the mud nearly every time we tried.  Dad would then get out of the boat to haul it out of the mud, looking very much like Humphrey Bogart in “The African Queen.”

My father was always coming up with ideas for adventures that we five Johnson kids noticed didn’t seem to occur to other kids’ dads . But the greatest adventure he ever dreamed up involved attacking a Viking ship on the high seas of the Illinois River off the coast of Chillicothe, Illinois.

It was August, 1966, and a department store in St. Louis wanted to promote the fact it was going to start selling Scandinavian products.  As a publicity stunt, they found a half-sized replica of a real Viking boat, and hired a crew of men from Sweden, Denmark, Norway and Finland. The newspapers told how they were going to sail down from Chicago to St. Louis on the Illinois River. This was so long ago that the press release for this event was not xeroxed.  Not e-mailed. Not scanned. Not posted online. 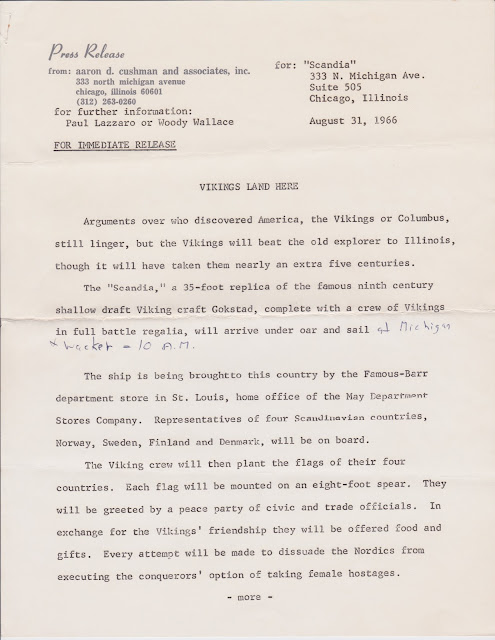 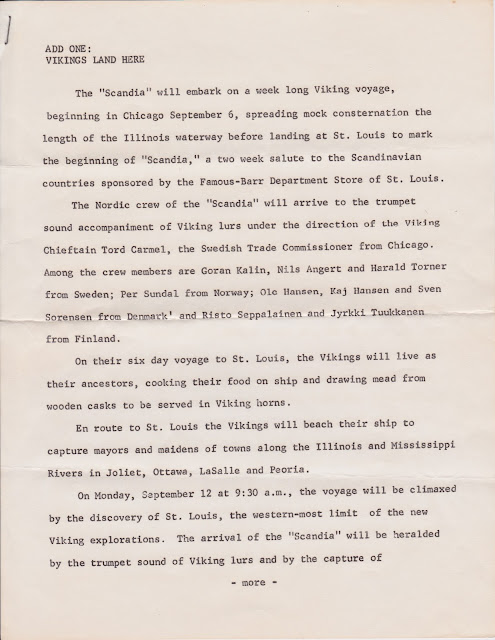 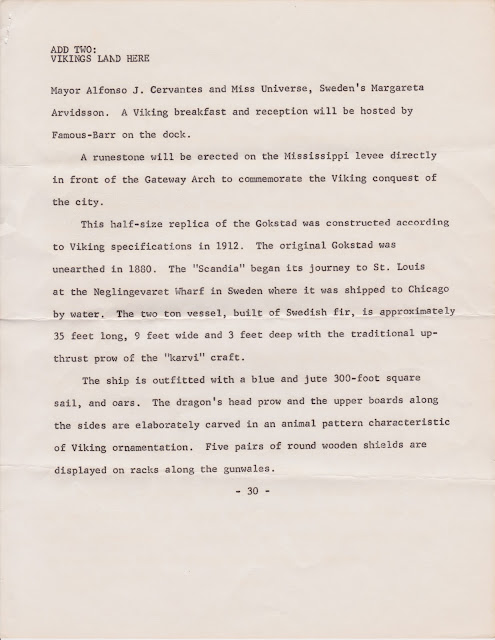